FastEMRIWaveforms is a Python package that generates “blazingly fast” and accurate EMRI waveforms with both CPU and GPU capabilities. There are pure Python modules as well as Python modules that wrap C/C++ and CUDA code.

Unlike kludge models which make use of various weak field approximations the FEW model contains the full harmonic content of the EMRI waveform. The waveform generation time is typically 10s seconds on a CPU and < 1s on a GPU.

Currently, the package contains code to compute waveforms for eccentric inspiral into a Schwarzschild black hole, as well as the various separate modules used to create them. For the Schwarzschild model the resulting waveforms faithfully match (slow to generate) reference waveforms with a worst case overlap of $\le 5\times10^{-4}$ for inspirals with initial eccentricity $e_0 \le 0.7$. The below figure shows an example of the agreement between the FEW waveforms and the reference waveforms in the worst case. 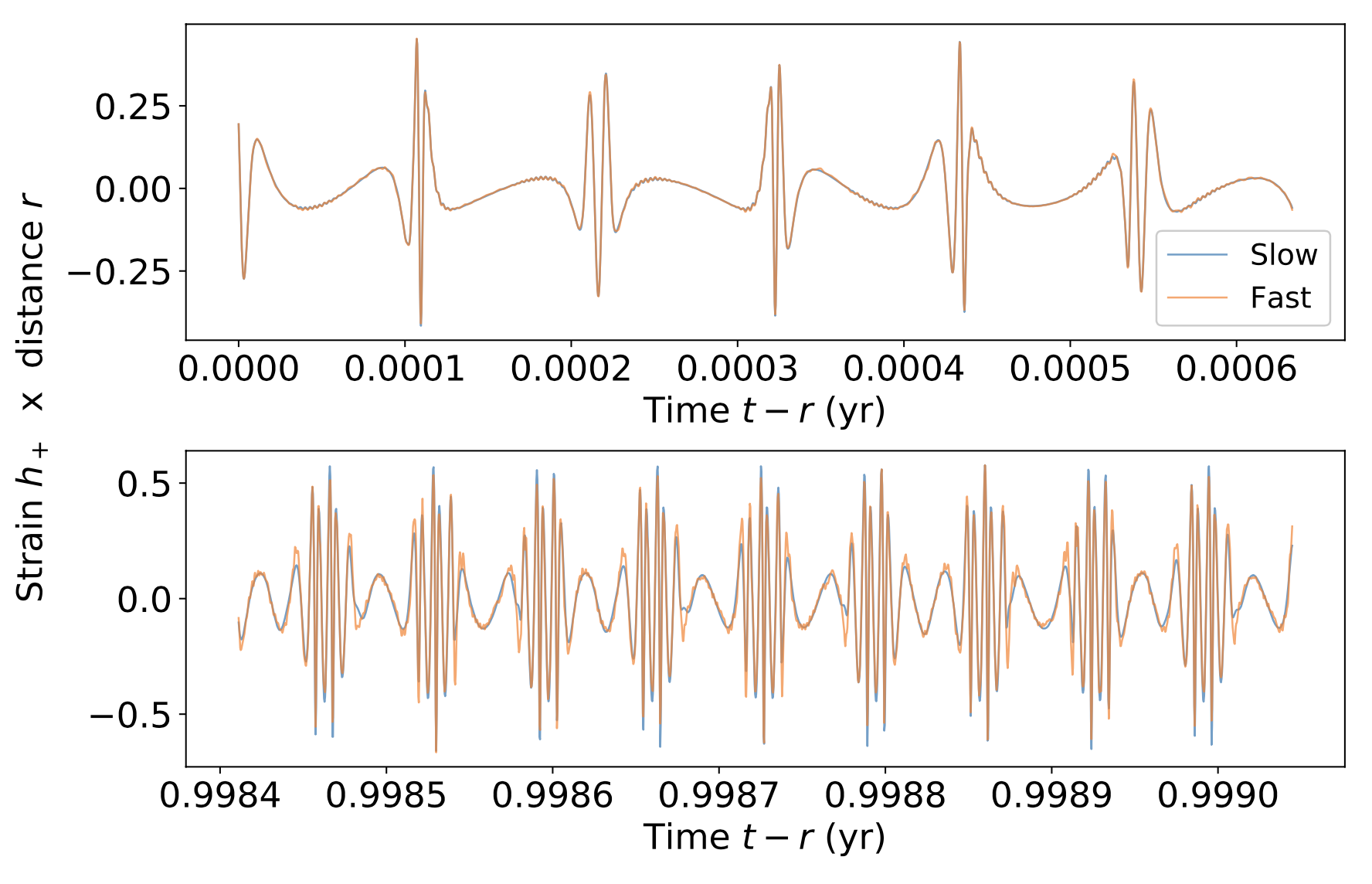 Additionally, FastEMRIWaveforms provides a highly modular framework that allows users to build in custom modules particular to their research. We expect to add models for inspirals in Kerr spacetime in the near future and it should be straight forward to add additional physics such as phasing corrections from environmental or beyond GR effects.

All information and examples on installing and running the code can be found in the FEW documentation.